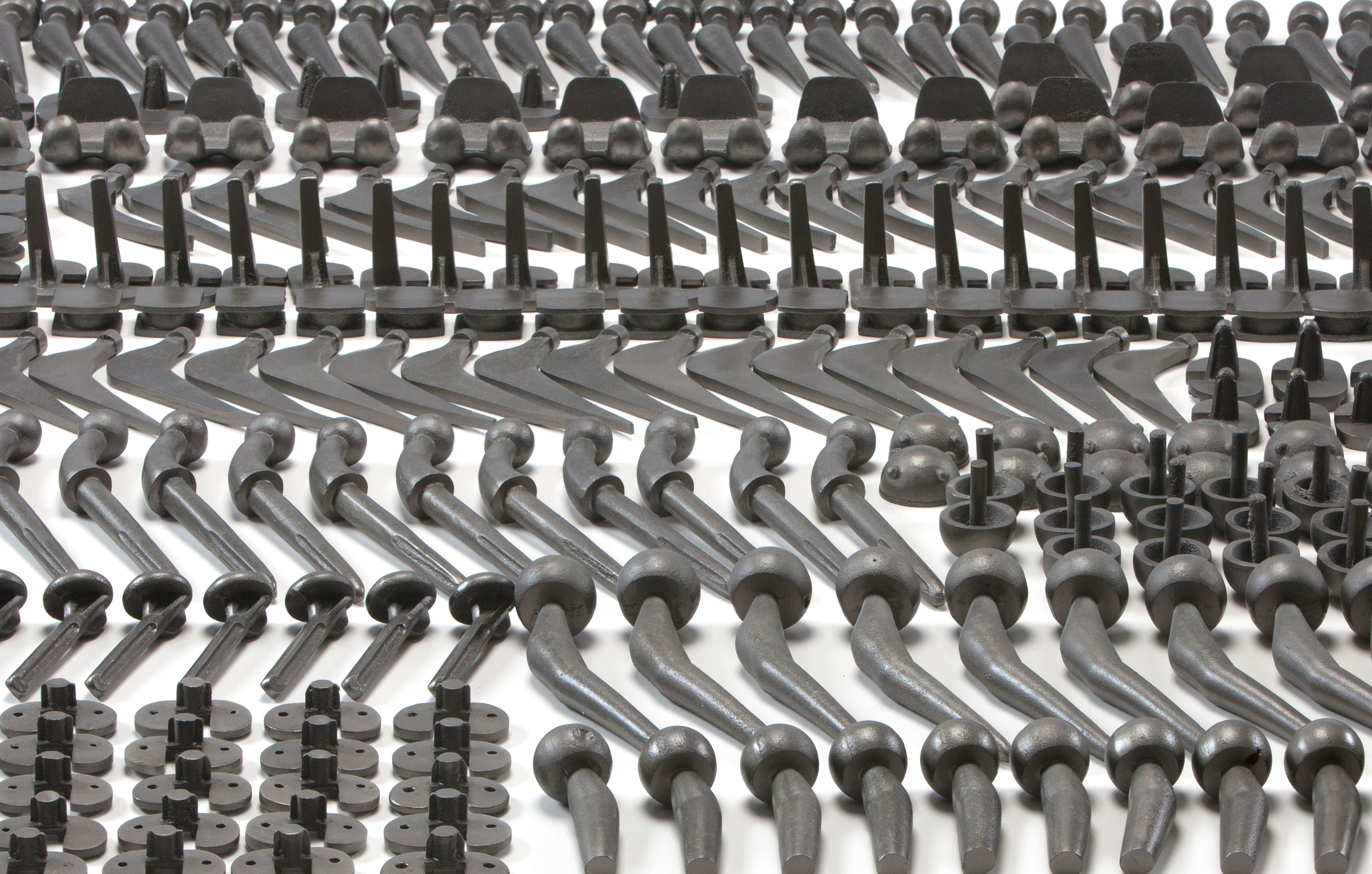 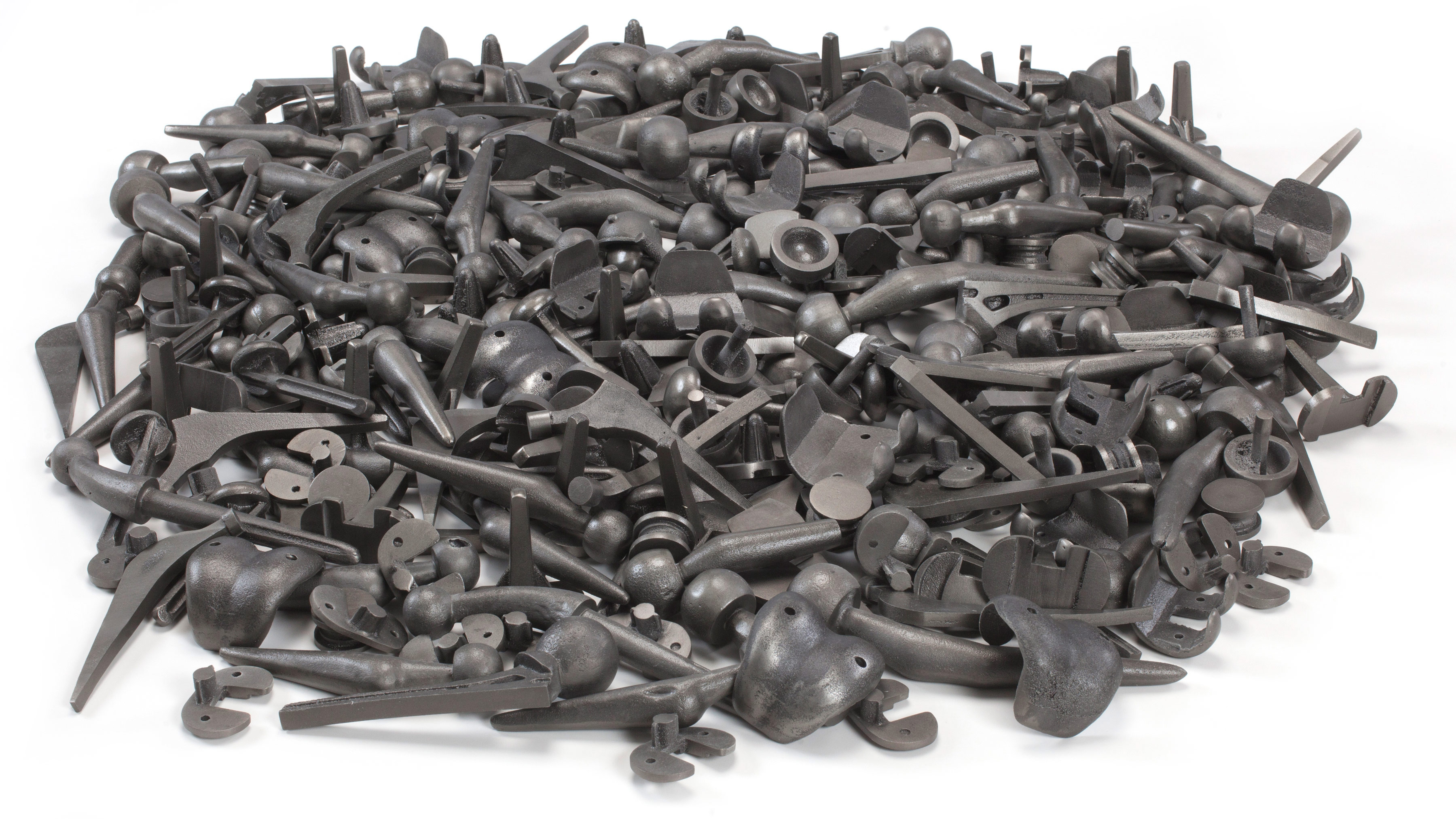 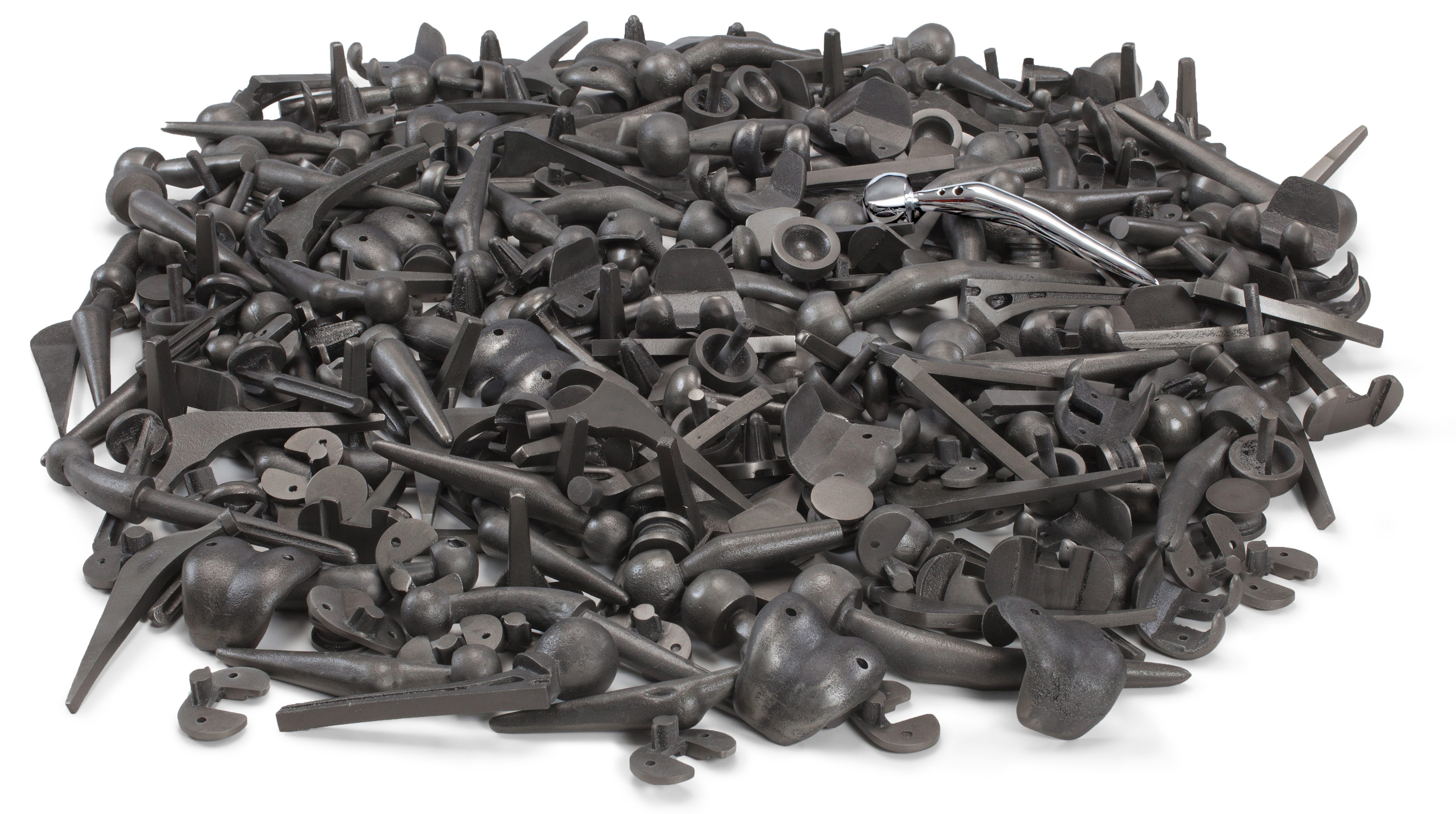 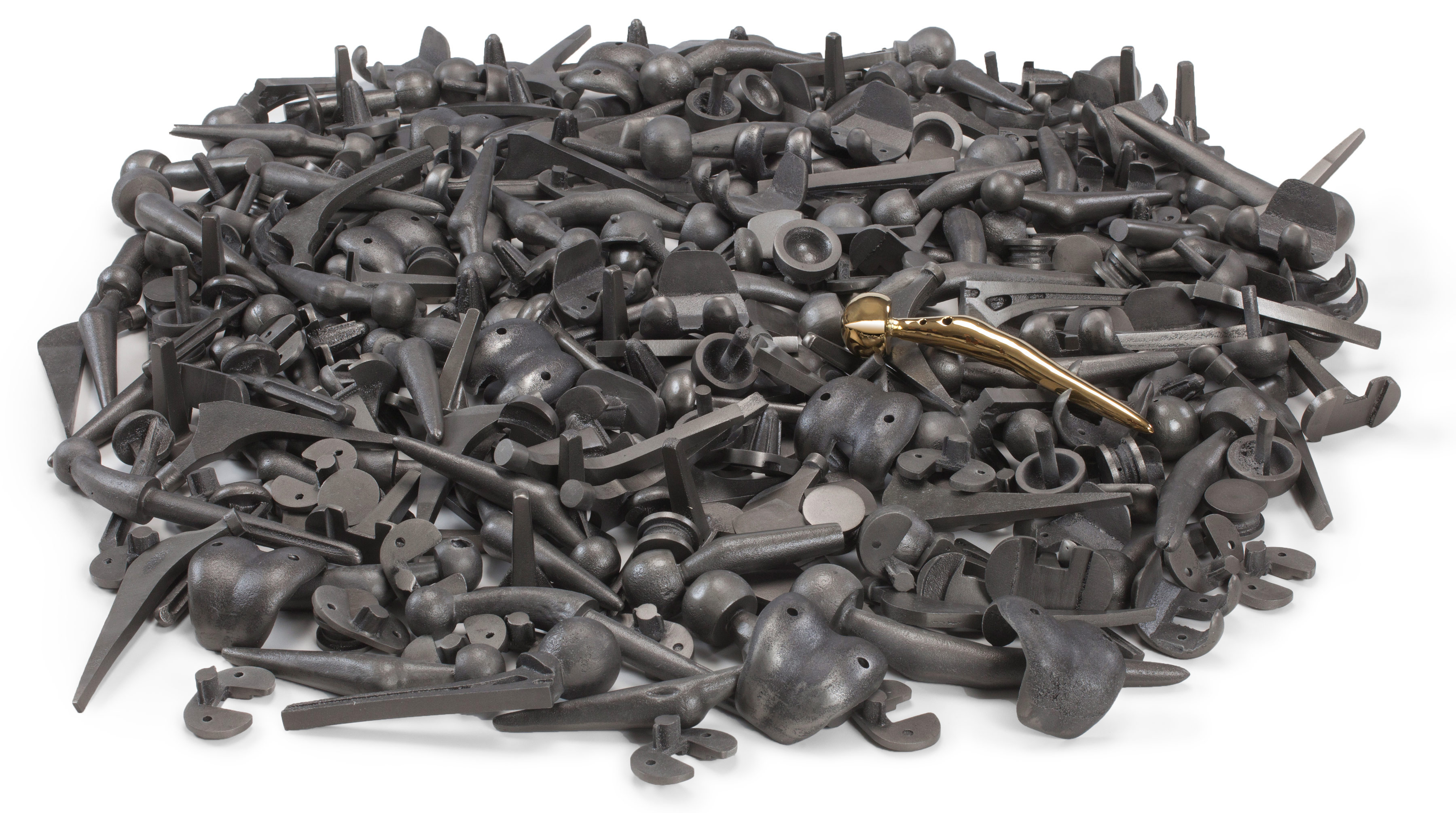 Medical devices were casted and mass produced using raw, foundational materials in an industrial setting. Mass production is typically associated with abundance, access, and affordability, but the power of abundance takes on new significance when the objects produced are unusable and even life-threatening if put into the body; biocompatibility dictates that only certain metals can be used for implanted medical devices, usually platinum or titanium. Thus, the work in this series illuminates the paradox of an intentionally un-usable mass produced set of medical objects. It asks viewers to think about abundance for abundance’s sake, and for considering what a precious and personal object means when mass produced in a raw material and presented in a gallery setting.
* Series Completed at the John Michael Kohler Arts/Industry program in Spring 2015