Holland’s work focuses on medical implants, the body, and embodied experience.  Her work has been exhibited at the Museum of Modern Arts and Design (MAD) in New York, the Fuller Craft Museum, and many other museums and galleries throughout the world. Her work has been published in Metalsmith Magazine, American Craft, two Lark Books’ 500 Series, On Body and Soul: Contemporary Armor to Amulets, SNAG’s A Body Adorned, Contemporary Jewelry in China, CAST, and elsewhere. Holland is the recipient of numerous best in show and other competitive awards, and she was a finalist for the inaugural Burke Prize at MAD. She is a former John Michael Kohler Arts/Industry resident, was the 2014-2015 Visiting Artist-in-Residence at the University of Iowa, and has also participated in artist residencies in Morocco and Berlin. Working closely with the medical industry, Holland has formed professional partnerships with the American Academy of Orthopedic Surgeons, MedWish International, Cleveland Clinic, and others. She holds an MFA from Syracuse University, BFA from University of Wisconsin-Stout, and is currently an assistant professor and art gallery director at Nazareth College in Rochester, New York. 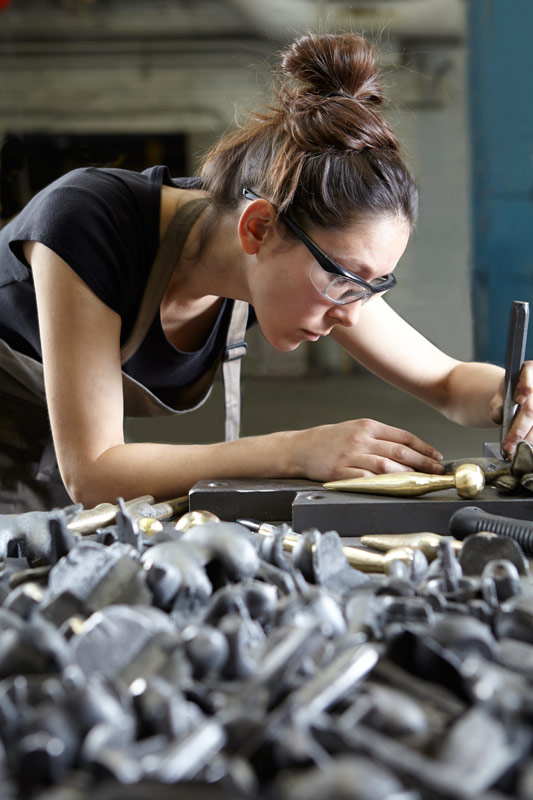